Whilst I have become more of an advocate of summer, winter has its uses, in terms of getting down to some serious work. The garden and outdoors is far too enticing when the weather is decent.

So this month I’ve started a new mixed media project. It’s in my head, mostly, and as I work through various aspects of it it’s becoming clearer and more resolved.

Last year I made a large metal and paper stitched nest, which was in Art Textiles: Made in Britain’s gallery at the festival of Quilts, and is now between dates on a tour of the show, which was called Wild.

I really enjoyed making this nest, and my latest project is, basically, making another nest piece, hopefully smaller. This may not succeed.

I’ve started by making some ingredients, and from these the piece will evolve. Mixed media can drive you slightly crazy, you just have to stay calm and enjoy the ride. 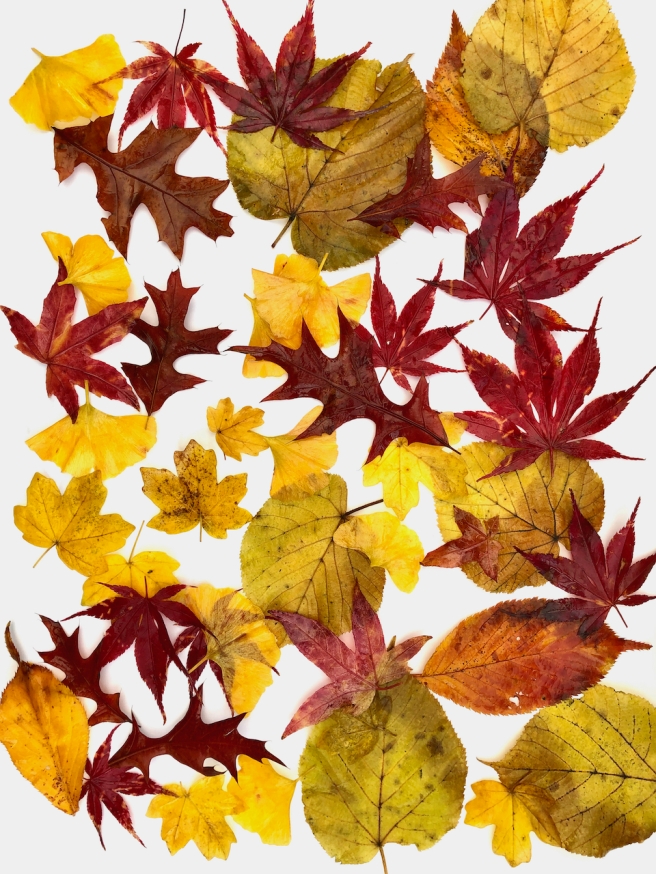 Above, some leaves that I have preserved in glycerine, mainly as an experiment, but I’ve made the interior of the nest, to be called the golden nest, using some ginkgo leaves, which were very nicely preserved. 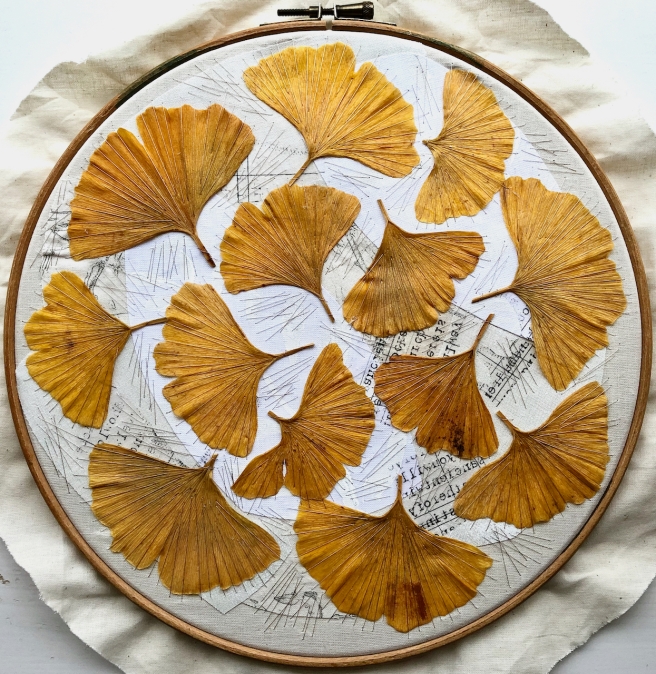 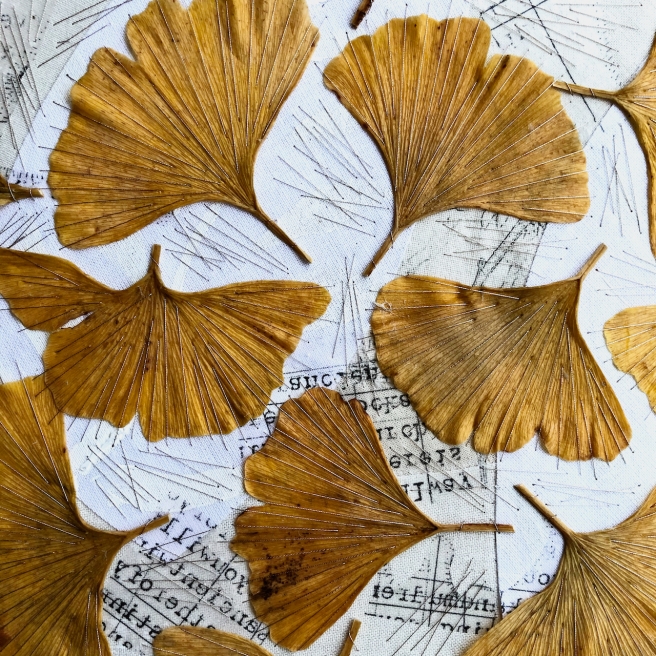 And above, some materials gathered for the golden nest. I’ve made some porcelain ginkgo leaves too, which were still being fired when I wrote this post.

Also this month, a short but jolly exhibition here in Birmingham with the Gallery 12 group of artists. Below, some of my work on the wall. 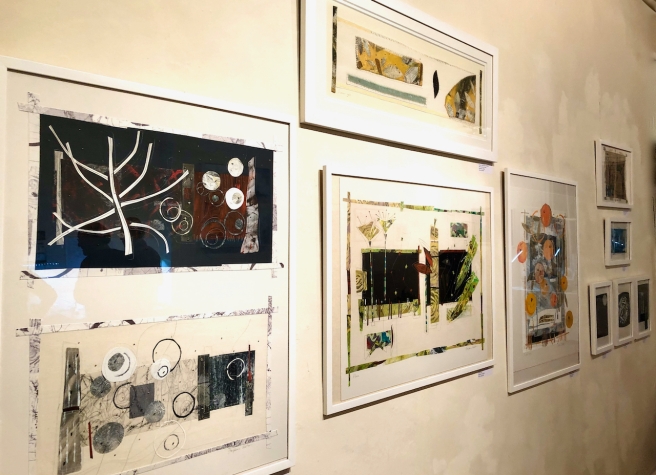 My old school friend and I had our annual pre Christmas trip to London last week. This also included a meeting with all the Art Textiles: Made in Britain bods, which was fun. It’s always great to see them. A great deal of our work is off to Japan shortly, to be shown in our own gallery at the Tokyo International Great Quilt Festival in January. This is quite an honour.

My friend and I tend to concentrate on art and shopping, well, mostly browsing rather than purchasing, as we like Fortum and Mason and Liberty’s, for starters. First off, Anthony Gormley, fabulous stuff. Now there’s a mixed media chap. Love the sketchbooks. 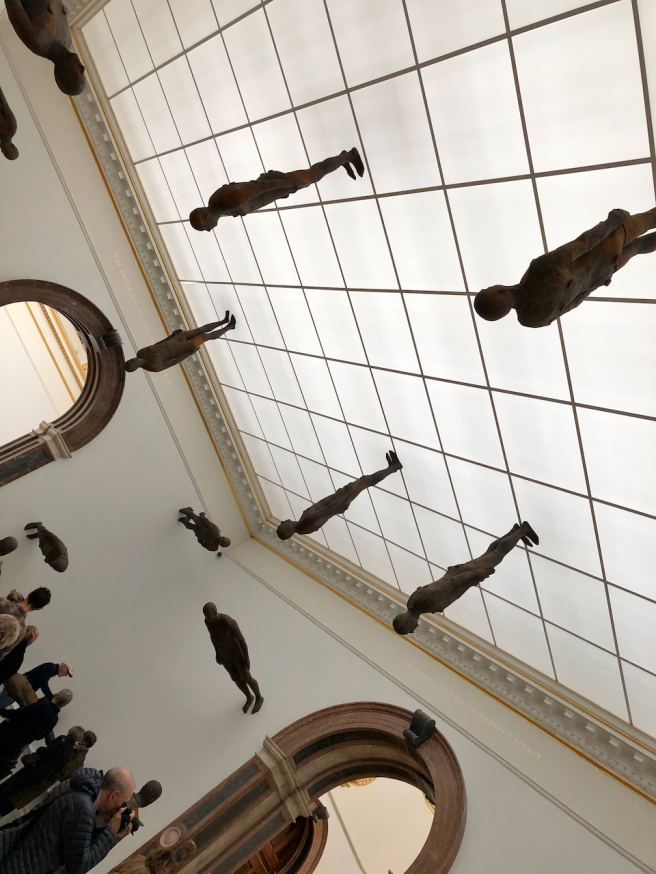 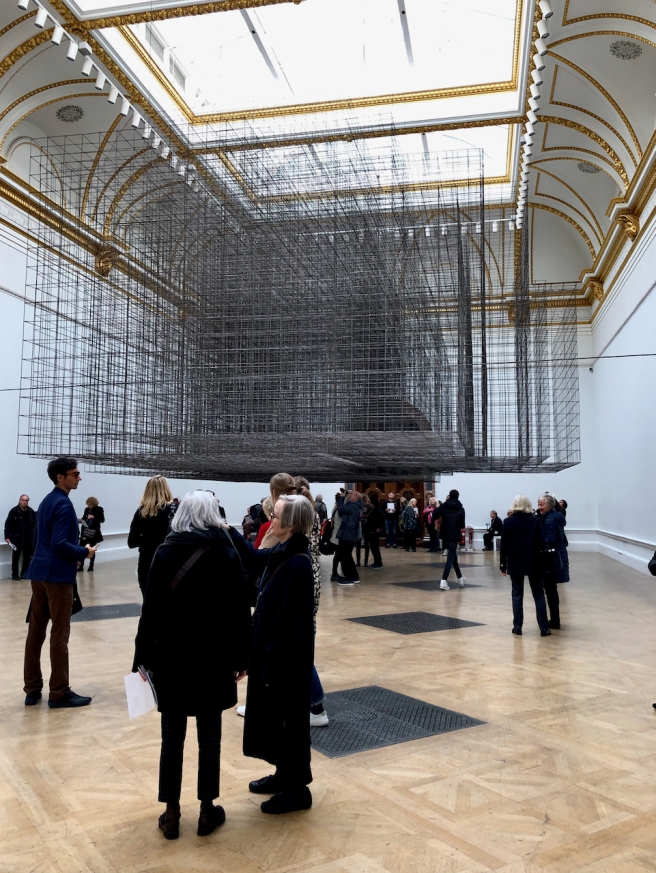 Bread. Wonder if I should use that too? 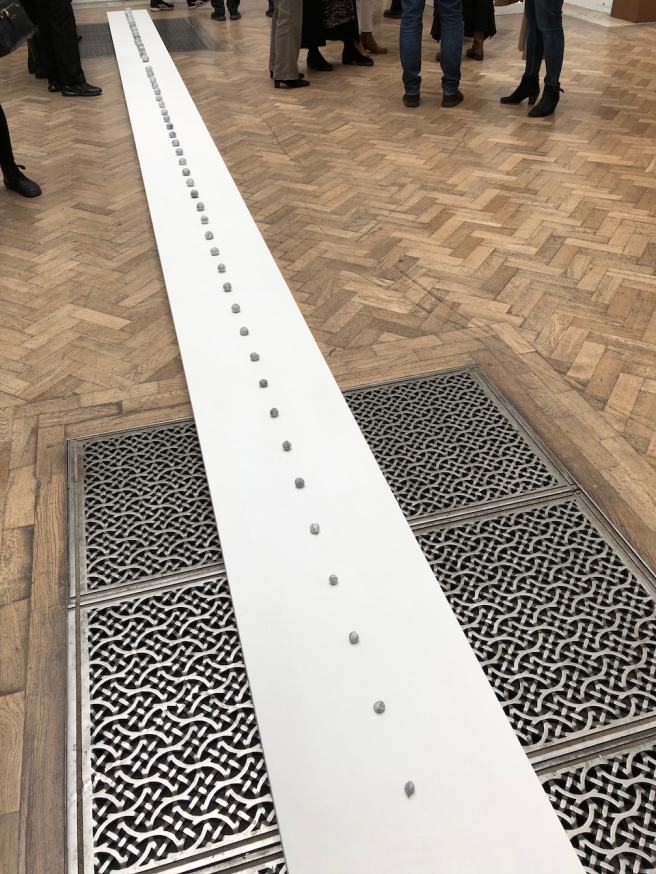 Great piece, one stone was missing. Was that meant to be so, one wonders. The blutack remained.

At Tate Modern we went to the Olafur Eliasson exhibition. Amazing stuff, worth a visit if you enjoy a thoughtful mix of subjects, approaches and some interesting interactive pieces.

This is his piece Model Room, right up my street.

And above, me photographing How do we live together?

Below, a view from Tate Britain, no rain for the whole 3 days!

We also went to Tate Britain, to see the William Blake show. This was fascinating, and huge. He was very productive, we had to have a break halfway through, involving cake. I did particularly like his hand written and hand drawn books, interested as I am in book making and page layout.

8 thoughts on “The usefulness of winter.”

All images, text and content in this blog are the sole property of Stephanie Redfern. All rights reserved.